The National Broadcasting Commission (NBC) has asked broadcast stations in Nigeria not to report the details of attacks by bandits and insurgents. 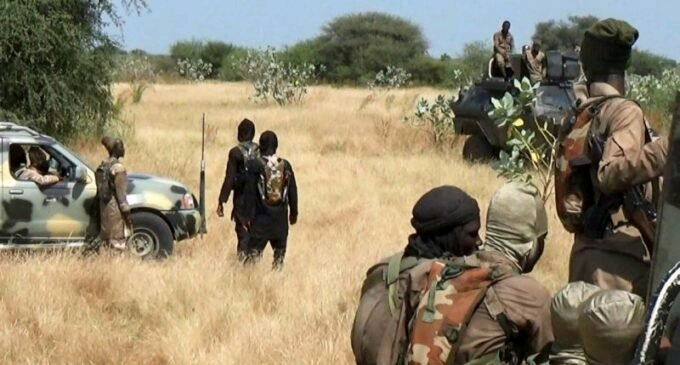 In a letter dated July 7 and signed by Francisca Aiyetan, director of broadcast monitoring, the NBC directed radio and television stations not to “glamourise the nefarious activities of insurgents, bandits and kidnappers ” in their reports.

The letter was titled ‘Newspaper Reviews And Current Affairs Programmes: A Need For Caution’, and was signed on behalf of Balarabe Ilelah, director-general of NBC.

The commission advised broadcasters to apply caution in their reportage as divulging “too many details” may have an adverse effect on the efforts of the Nigerian security agencies.

The NBC said some of the topics discussed during daily newspaper reviews have “ethnological coating” which pitches “one section of the country against the other and leaving Nigerians in daily hysteria”.

See also  I Won’t Be In APC Forever - Yakubu Dogara

“Headlines of most Newspapers on a daily basis are replete with security topics. While bringing information on security to the doorsteps of Nigerians is a necessity, there is a need for caution as too many details may have an adverse implication on the efforts of our security officials who are duty-bound to deal with the insurgency,” the letter reads.

“The commission, therefore, enjoins broadcasters to collaborate with the government in dealing with the security challenges by;

“Advising guests and/or analysts on programmes not to polarise the citizenry with divisive rhetoric, in driving home their point.

“Not giving details of either the security issues or victims of these security challenges so as not to jeopardise the efforts of the Nigerian soldiers and other security agents.”

The commission also asked that broadcast stations be guided by provisions of sections 5.4.1(f) and 5.4.3 of the NBC Code which states thus: “The broadcaster shall not transmit divisive materials that may threaten or compromise the divisibility and indissolubility of Nigeria as a sovereign state.

“In reporting conflict situations, the broadcaster shall perform the role of a peace agent by adhering to the principle of responsibility, accuracy and neutrality.” 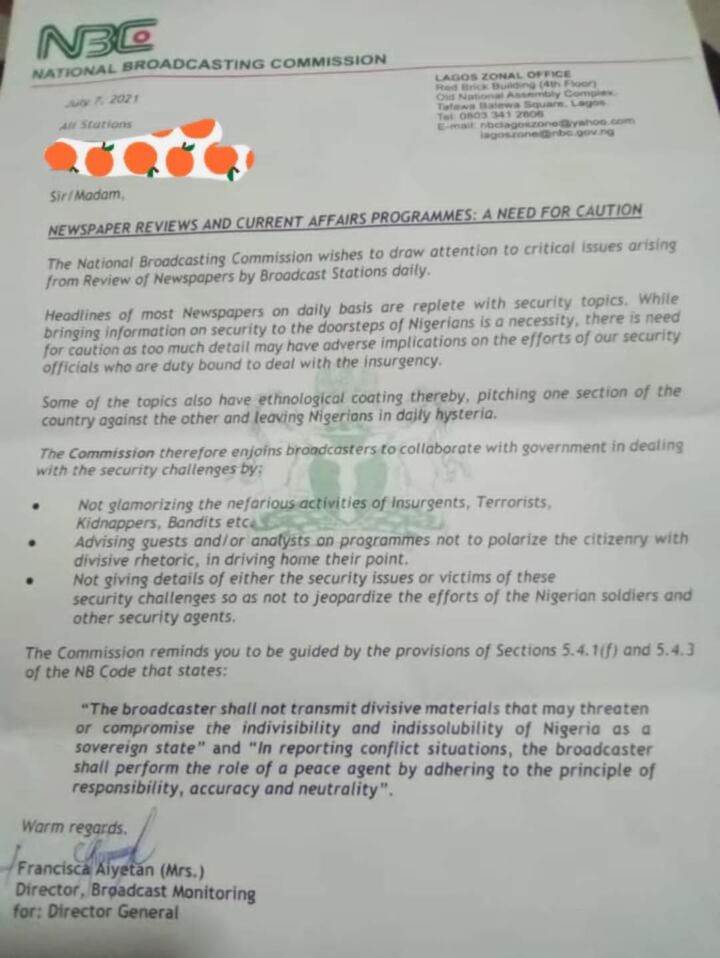 Elections Must Be Transparent, Credible And Fair – APC