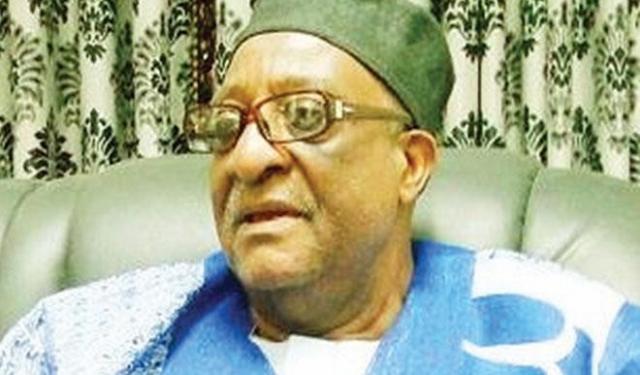 Chairman, Board of Trustees, BoT, of the Peoples Democratic Party, PDP, Senator Walid Jibrin has come out to say that the dispute between Governors Nyesom Wike (Rivers) and Seriake Dickson (Bayelsa) was caused by oil wells by the two Niger Delta states.

Jibrin, who revealed this recently at the 88th National Executive Committee, NEC, meeting of the party in Abuja, however, said that the fight should be over soon.

According to him, the oil well case is now before the court and it would be resolved in no time.

He added that it is not an issue to dwell on and the real problem has been the defection of party members.

His words, “About two weeks ago, I called the Rivers State governor and I talked to him about what is happening between him and Governor Seriake Dickson of Bayelsa State. I was so happy with the way Governor Wike responded. He asked me, chairman, are you an oil merchant? I said no, I will never be. He then said, do you have an oil well? The matter is about oil well and the case is before the court. But he politely talked to me that he would contact me later.

“The governor of Bayelsa State also responded by saying he’s going to contact me later. I am waiting for him to contact me.”

On defections, “There is an uncertainty in my mind and I don’t know whether you people will share it. It is the decamping (defection) of our members who worked with the then governor of Imo State, Emeka Ihedioha to the new All Progressives Congress, APC government in the state-about nine of them. There is also the moving away from our party by the chairman of PDP in Kano State to APC.”

I Did Not Buy My Result – Korede Bello

I WIll Welcome New Man Utd Signings With Open Arms –...