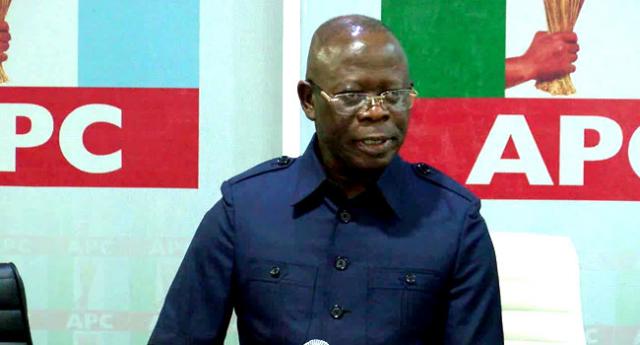 South Chairman of the Peoples Democratic Party (PDP), Chief Dan Orbih has come out to say that Edo State is not the property of Comrade Adams Oshiomhole.

He revealed this while speaking in Benin today during the inauguration of the PDP Campaign Council.

According to him, Obaseki inherited the highest debts ever in the history of Edo State, but via prudent management and financial discipline, he reduced the state’s indebtedness and embarked on infrastructural development, digitalized payment of pensions to pensioners.

He added that the politicians trying to play God in Edo must know that there is only one God who decides the fate of every man.

His words, “This is the moment of truth and not for self-proclaimed liars and political apologists.”

“I must say that I admire you more, now that I am privy to more facts about where you started.

“You inherited the highest debts ever in the history of our state. Through prudent management and financial discipline, you have reduced our indebtedness and embarked on infrastructural development, digitalised payment of pensions to pensioners. Clearing all arrears and prompt and regular payments to pensioners.

“You have been credited with institutional reforms and social welfare enhancement, agricultural support and development, you have also made our great state investor-friendly.

“You have eliminated agberos from our markets and roads. You have brought innovation to tax collections in the state. Even some us who initially opposed you when you first contested, have come to realize that you are indeed a blessing to our state.

READ  Violence Will Not Be Tolerated During Edo Polls – INEC

“Those who initially supported you thinking that your emergence will open the state vault for looting and sharing of our state allocation, you have disappointed them by your refusal to continue with their culture of sharing the money at the expense of developing the state and detriment of the great Edo people

“I salute your courage. For daring to investigate the fraud in the award and execution of the Central Hospital contract they now label you bad and they are now in warm embrace with those they earlier told us cannot be trusted.

“Edo people must be informed that Government business is serious business. It is not a simple agenda! Edo people rejected the simple agenda in 2016 and will do so again in 2020”

“I sincerely advise that those trying to play God must know that there is only one God. The future of our state is in the hands of Edo people. I urge the good people of Edo state to support and vote Governor Godwin Obaseki for sustainable development and growth of our beloved state”.

Training Spat With Pogba Was Nothing Compared To Other Spats –...