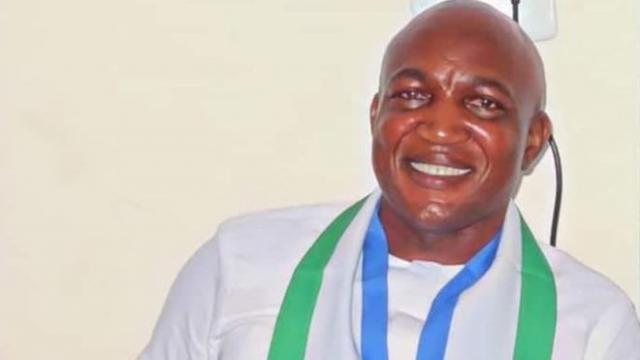 The Supreme Court has decided to not reverse its judgment that sacked David Lyon and Degi-Eremieoyo as governor and deputy-governor elect of Bayelsa State.

In a recent unanimous decision by a seven-man panel of Justices headed by Justice Sylvester Ngwuta, the court threw out 2 different applications that want the judgment it delivered against Lyon and his deputy on February 13, revoked.

According to the S/C, the applications lacked merit and were simply an abuse of the court process.

The apex court added that the Supreme Court is not authorized and lacks the jurisdiction to review its judgment.

Justice Augie had this to say, “It is clear that the two applications lack merit and constituted an abuse of court process. The court is not authorised and lacks the jurisdiction to review its judgment. Once this court has finally determined an issue, it is functus-officio. It is final forever, only legislation can alter it. It is final for all ages. No force on earth can get this court to shift its position on Bayelsa matter. There must be an end to litigation to ensure certainty in the law. There must be finality to the decision of the court.”

Reacting, PDP praised the court for upholding the election of Senator Duoye Diri as governor of Bayelsa State.

Their statement read, “The party, which hailed Wednesday‘s (yesterday) verdict of the Supreme Court on Bayelsa, however, noted that the elements and grounds for the demands by the PDP and majority of Nigerians for the reversal of Imo State governorship election judgment are completely different from those of Bayelsa.

“The PDP’s demand on Imo is not in any way in the contestation of the authority and finality of the Supreme Court but a patriotic effort to assist the Supreme Court to affirm its infallibility by correcting the inherent mistakes in the judgment which came as a result of the misleading presentation to it by the APC.

“It is, therefore, instructive to note that the various election matters before the Supreme Court were brought on clearly distinctive grounds and each should be treated on its merit before the law.

“The only reason APC was pushing for a review of the Supreme Court’s valid and flawless judgment on the Bayelsa and Zamfara governorship elections was to cause confusion and blackmail the Supreme Court from treating the Imo case on merit.

“Our grounds for the reversal of Imo judgment are unambiguously constitutional and completely distinct from APC’s attempt to blackmail the Supreme Court with their demands on the Bayelsa and Zamfara states governorship election.

“We, therefore, urged the Supreme Court not to succumb to the threats and blackmail by APC to push it to restrain itself from looking at the merit of the Imo case, correcting the mistakes and reversing the flawed judgment.”