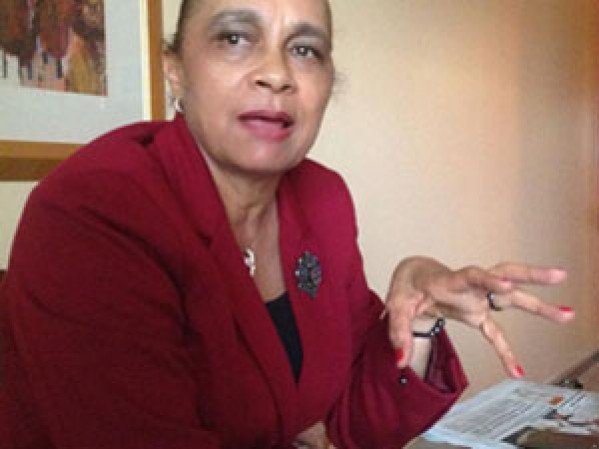 A Niger Delta activist and spokesperson for the Ijaw Republican Assembly, Ms. Annkio Briggs, has warned that the Peoples Democratic Party in Rivers State risks losing the 2015 governorship election if it fails to resolve the crisis currently brewing in the party.

Briggs also warned that the PDP would not win the state if it decided to choose the immediate past Minister of State for Education, Chief Nyesom Wike, as its governorship candidate.

She warned that the election could be bloody, pointing out that the national leadership of the party has been one-sided in dealing with the crisis rocking the state chapter of the PDP instead of carrying every stakeholder along.

Warning that no amount of rigging would make an Ikwerre man – in reference to Wike – to succeed the incumbent governor, Mr. Rotimi Amaechi, who is also from the Ikwerre ethnic group, in the next political dispensation, Briggs declared that only the Ijaws and Ogonis were qualified to lay claim to the governorship position of the state next year.

Speaking with newsmen in Port Harcourt on Wednesday, the activist stated that a situation where a particular aspirant would be foisted on the people of Rivers was unacceptable.

She also dismissed the claims in some quarters that the former minister would take advantage of the large population of Obio/Akpor Local Government Area to win the governorship poll in February 2015.

She said, “This is false. Obio/Akpor is cosmopolitan in nature, where you have Igbo, Yoruba and Hausa doing businesses. On the day of election, these people will travel home to vote.

“The situation in Rivers State is going to be bloody because it seems as if the PDP national appears to be listening to one person alone in a state of multi-ethnic nationalities. The PDP must dialogue with all the stakeholders if they want to win the state.

“If Rivers State boils in the course of the election, the economy of Nigeria will crumble and the world will come to its knees. This country as it is now does not need any political instability. For peace to reign therefore, the right thing must be done by the party.

“Wike has not finished the fight against Amaechi; why does he want to share the spoils of the war? There are ministers in other states. I have never heard them say they are fighting for President Goodluck Jonathan in order to become governors in their states. But Wike has been deceiving Nigerians”.

England Is Obsessed With Transfers – Klopp