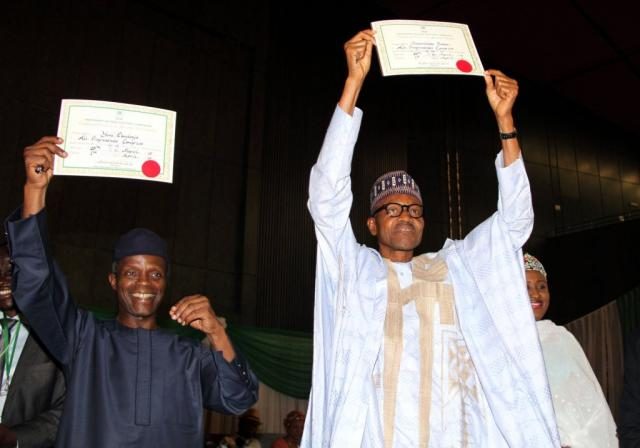 President Muhammadu Buhari came back into the country, Abuja on Tuesday night, a day before his expected return.

Reports have it that the president was formerly scheduled to return to Abuja from Dubai, the United Arab Emirates (UAE) on Wednesday at about 1.30 a.m.

President Buhari, days back, left Abuja for Amman to honor an invitation by King Abdullah II bin Al-Hussein of Jordan to participate in the World Economic Forum (WEF).

He spoke at the opening of the plenary alongside King Abdullah II bin Al-Hussein and United Nations Secretary-General, António Guterres.

The president, who on Sunday moved to Dubai, United Arab Emirates (UAE), partook in the ninth edition of the Annual Investment Meeting.

How Imoke Deceived Me Into Resigning To Contest C/River Guber –...

Imo State Politicians Will Betray You For Peanuts – Rochas Okorocha