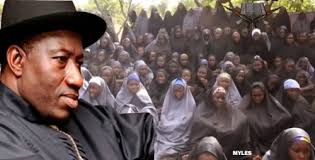 The Federal Government on Tuesday said negotiations with the Boko Haram sect, which led to a recent ceasefire agreement, is still ongoing.

Attorney-General of the Federation and Minister of Justice, Mr. Muhammed Adoke (SAN), disclosed this to State House correspondents at the end of a meeting convened by President Goodluck Jonathan with security chiefs and relevant ministers at the Presidential Villa, Abuja.

The minister noted that the meeting was properly briefed on the latest development as far as the agreement was concerned.

“The negotiation is still ongoing. The council was briefed about it”, he said.

When asked to speak specifically on the fate of the 219 Chibok schoolgirls still in captivity, Adoke said the government was keeping its fingers crossed.

“We are keeping our fingers crossed”, he said.

The heads of security agencies who attended, included the Chief of Defence Staff, Air Chief Marshal Alex Badeh, and the heads of the Army, Navy, Air Force, Nigeria Police and the Department of State Security.

Barcelona Can Turn Things Around Against Espanyol At Camp Nou – Pique