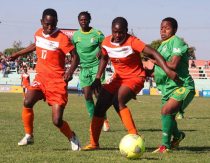 Zambia was the surprise inclusion as the roll call for the TN Mobile 9th African Women’s Championship Namibia 2014 was completed after the weekend’s second leg matches of the final round.

The She-Polopolo beat their Zimbabwean counterparts 1-0 courtesy Hellen Mubanga’s 37th minute strike in Lusaka, advancing on a 2-0 aggregate, and qualify for the first time for the biennial tournament. The Zambians were the surprise packets to emerge from the qualifiers joining the likes of Algeria, Cameroon, Cote d’Ivoire, Ghana, Nigeria and South Africa to team up with hosts Namibia for the final tournament in October.

The biggest casualty was holders, Equatorial Guinea, who will play no part after a 2-2 draw against Cote d’Ivoire in Malabo gifted the Ivorians passage via the away goal rule after a 3-3 tie.

It is the first time a defending champion has failed to qualify for the final tournament in the history of the biennial championships since its inception in 1998.

In Kaduna, the Super Falcons of Nigeria achieved their objective of qualifying for every single edition of the African Women’s Championship courtesy an 8-0 thumping of Rwanda. The six-time winners went through 12-1 on aggregate.

The Nigerians led 5-0 at half time thanks to a brace from burly striker Desire Oparanozie and a goal each from Blessing Edoho, Azizat Oshoala and Esther Sunday.

In the second half, Oparanozie sealed her hat-trick on 51 minutes, before strikes from Oshoala and Cecilia Nku summed victory for Edwin Okon’s ladies.

The Nigerians share that record with ‘Les Lionnes’ of Cameroon who beat Senegal by a lone goal in Yaounde. Francine Zouga Edoa scored the only goal in the second half to secure their place 1-0 on aggregate. 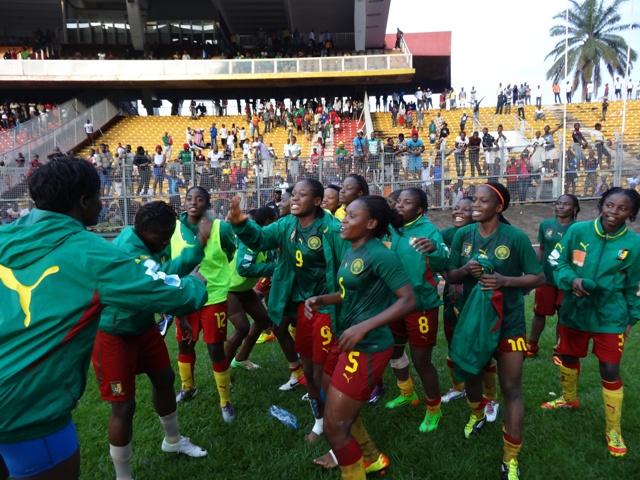 The third team to have also qualified for every edition is the Banyana Banyana of South Africa. The Southern Africans sealed their place after Comoros pulled out of the return encounter after a 13-0 loss in the first leg in Mitsamiouli.

A goal each from Faiza Ibrahim, Elizabeth Cudjoe and Hillia Kobblah handed Ghana a 3-0 win over Ethiopia in Tamale. The Black Princesses, who missed out on the last edition two years ago in Equatorial Guinea, went through 5-0 on aggregate.

In Bizerte, Tunisia lost 3-2 to Algeria, allowing the latter passage 5-3 on aggregate.

The final tournament will be held from 11-25 October and also serves the continental qualifier for the 2015 FIFA Women’s World Cup in Canada next year.

READ  I Have No Plans To Retire Anytime Soon - Ronaldo

Ban welcomes signing of Government, rebel accord on southern Philippines

I Have My Feminine Side – Charly Boy

Chelsea Will Not Stop Hazard If He Wants To Leave –...