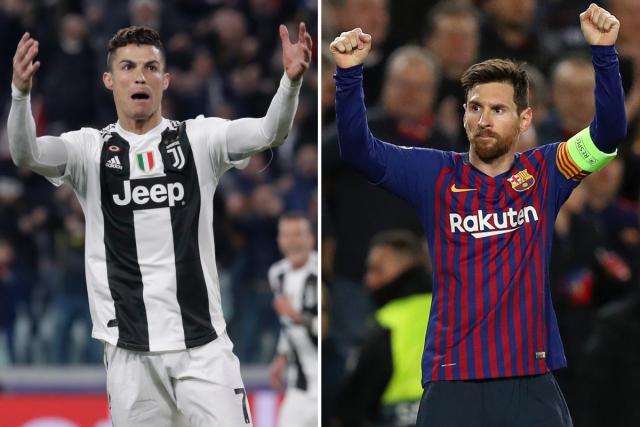 Cristiano Ronaldo is more accessible as a team-mate than Lionel Messi, Arthur has said.

He recently revealed that he can say that confidently because he has worked with the two all-time greats at Barcelona and Juventus.

According to him, Ronaldo is more personable than Lionel, but they are both totally focused professionals on and off the pitch.

He added that Ronaldo simply talks more than the Argentine, and he is always available when his teammates need him.

His words, “They’re champions above all else,”

“In this, Messi and Ronaldo are identical. Concentrated from start to finish, always.

“If they score three goals, they immediately think of the fourth. They never disconnect. It’s impressive and at the same time motivating, because they push you to do your best.

“Compared to Messi, Ronaldo talks more and is more accessible. He never backs down if there is a team-mate in need, and he inspires fierce determination.

“He trains like an animal, he doesn’t know what a break is, and he always encourages you to do your best. He leaves nothing to chance.”

“I already knew it because people talk, the world of football is small and they tell you about it. They tell you what he does, but when you see it up close it is impressive,

“There are days when we get back at two in the morning because we played late and he starts training.

“Who does that? Cristiano. I joke and tell him that he is sick, but what are you going to say to someone who has so many Ballons d’Or. Mentally he is very strong.”

“Since I arrived, he has helped me a lot because we speak the same language.

“He is always close and helps me, for example, in things that I have not understood. In food too, he even tells me what to eat.

“He cares about others, always tries to help and contribute something. I’ve been very lucky with Cristiano and with everyone in the dressing room, they are very good people.”

We Will Support States’ Agitation For Refund Of Funds – Saraki

The Next Governor Of Osun State Must Do Better Than Me...