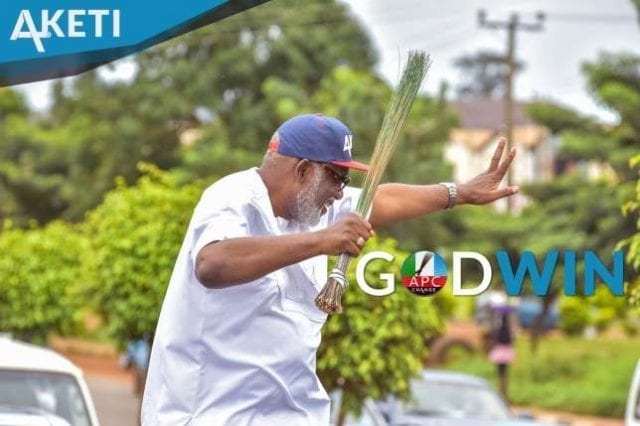 Governor Oluwarotimi Akeredolu (SAN) of Ondo State, on Tuesday, described the judiciary as a cardinal pillar that carries and sustains democratic institutions.

Akeredolu made this assertion at the inauguration of the Acting Chief Judge of Ondo State, Justice Olanrewaju Akeredolu in Akure.

He said that the judiciary, according to the constitution, is saddled with the responsibility of dispensing justice without fear or favour.

“This sacred charge leaves no room for indulgence and sloppiness; anyone, who aspires to administer justice must be a ‘fit and proper’ person in all its ramifications,” he said.

Akeredolu said the principle of separation of powers assured of civil liberty, hence, no arm of government was allowed to ride carelessly over the others.

“No member of the executive, regardless of the misconceived notion of importance, should be indulged in any act; to the point when individual predilection overrides constitutional provisions.

“No citizen, however, must be dispossessed or discriminated against on account of birth, marriage, gender, religion or ethnicity.

“This administration will continue to be associated with merit and unwavering dedication to serve the people.

‘’Nepotism and crannies considerations are not, and will not be associated with this administration,” he said.

Responding, the new Acting Chief Judge attributed her success to God and said she was well informed of the high expectations of the position.

“I want to assure you that my mind is made up to please God, therefore, I am confident that I will not disappoint you,” she said.

She solicited for the cooperation of other judges, registrars, magistrates and the entire workforce of the judiciary to move the judiciary forward.

“Let us work together to restore the glory of the judiciary; we must ensure at all levels, that there is zero tolerance for corruption and let us pay attention to details because they count,” she said.

Akeredolu also urged the governor to support the judiciary with adequate funds and assured that such funds would be properly utilised for the machinery of justice delivery, promptly and efficiently in the state.

The News Agency of Nigeria (NAN) reports that Akeredolu was appointed the Acting Chief Judge of the state on July 22, based on the recommendation of the National Judicial Council (NJC).

NAN also reports that Akeredolu was the Head of Criminal Division, Ondo State High Court, before this appointment.