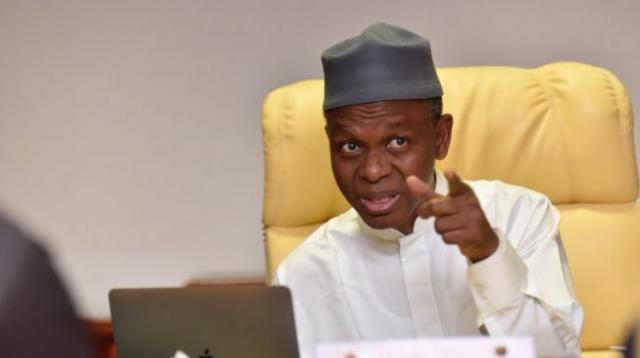 Kaduna State governor, Nasir El-rufai has come out to say that he would not appease the leaders of Southern Kaduna after he was accused of taking sides following the killings of innocent citizens in the region.

He revealed this in a recent interview on Channels Television’s programme, Sunday Politics.

According to him, he has no time for nonsense and he does not intend to appease criminals who have nothing to do but to raise a spectre of genocide.

He added that these leaders are simply pained that a governor who does not appease them like they are used to exists in the state.

His words, “I have no time for nonsense. I will not appease criminals. I will not appease idle people who have nothing to do but to raise a spectre of genocide. They do that to get money into their bank accounts and get donations from abroad instead of standing up.”

“Anyone that is moderate anyone that is promoting peaceful co-existence between various ethnic groups is considered a sellout. And a governor like me, who does not appease them because they are used to being appeased, they cause troubles, they organise these killings and then, their leaders are invited by the governor, they wine and dine and they are given brown envelopes. That’s what they have been doing for 20 years.”

“And we came into office and we said no more, nobody who does not encourage peaceful co-existence will have access to the governor or the Government House. I have no time for them. I am using the security agents to carefully mark them and when we accumulate enough evidence, we will get them and put them before a judge.”

I Await The Result Of The Rape Scandal – Ronaldo

Staying productive and getting things done at work and on the...