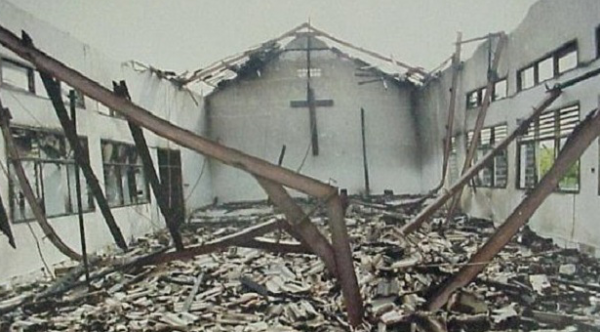 A bomb explosion suspected to be from a male suicide bomber has left six people dead and several others injured.

The blast reportedly occurred at a local branch of Redeemed Christian Church of God along Bauchi road in Potiskum Town, Yobe State.

The Police Public Relations Officer in Yobe, Toyin Gbadegesin, told the News Agency of Nigeria in Damaturu that the dead included the suicide bomber.

“A male suicide bomber detonated a bomb at Redeemed Church at Jigawa area of Potiskum, killing five on the spot”, Mr. Gbadegesin said. “A female member of the church who sustained injuries also died while receiving treatment in the hospital”.

The police spokesperson said the injured are receiving treatment at various health facilities in the area.

The latest attack on Yobe is coming few less than a month after twin suicide bombings in Potiskum killed 10 people and injured several others.

INEC Is A Strong Stakeholder In Our Democracy – Ndubuisi Nwobu

I Will Not Be Available For Condolence Visits To Mourn Abba...