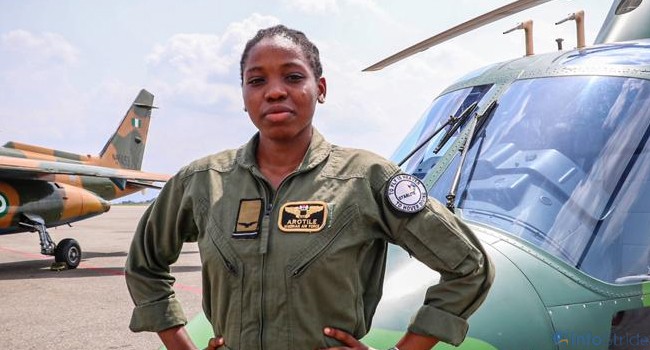 Damilola Adegboye has come out to say that the family is yet to come to terms that she was killed by a reversing classmate.

She recently revealed that the demise of her sister requires a thorough investigation because the version of the Nigeria Air Force, NAF, does not sound convincing enough.

According to her, the family is shocked by the untimely death and everyone is wondering how reversing could kill a human being just like that.

She added that she trusts the military with the investigation because they are well trained in that art.

His words, “We in the family are not convinced that Tolu can just die like that in a freak accident. I know that the military is well trained in the art of investigation, we want them to carry out a thorough investigation that can convince us beyond all doubts that the incident that led to her death was real.”

“A call came into her phone which she picked, but from the way they spoke I knew that the caller must be a senior officer calling her to come to Airforce base. She felt reluctant and I offered to drop her off.

“One hour later, I saw the story online that something serious has happened to her. I couldn’t believe that somebody I just dropped off is dead.”