The Egyptian FA Insulted Me – Salah 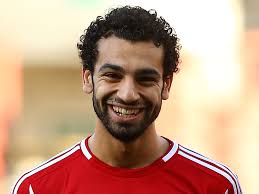 Mohamed Salah said on Sunday he feels insulted over the unauthorized use of his image and blames the Egyptian Football Association in a dispute that comes less than two months before the World Cup in Russia.

The Egyptian star is furious his image features prominently on the outside of the national team’s plane, which was provided by official sponsor WE.

Liverpool’s winger, a huge celebrity in his native Egypt, has a sponsorship deal with rival telecommunications firm Vodafone.

“Sorry but this is a major insult … I was hoping the handling [of the dispute] would be classier than this,” Salah tweeted on Sunday.

See also  If Lampard Had No Chelsea Connection, They Won’t Go For Him - Craig Burley

However, Egypt’s Youth and Sports Minister Khaled Abd Abdel-Aziz said he is communicating with all of the concerned parties to solve the dispute.

“Especially since Egypt is going to participate in the 2018 World Cup,” Abdel-Aziz tweeted hours after Salah’s.

“Mohamed Salah is an idol for Egyptian youth, loving and loyal to his homeland and represents his country in Europe in the best way.”

Ramy Abbas, Salah’s agent, said he has been waiting for a response from Egyptian officials.

“We have not even been contacted for a resolution! Nothing! Complete silence!” he said in his own tweet on Saturday.