The Governor made the call while inspecting some projects in Asaba, and stated that this year 2014, he will spend lesser time in the office as he would be more in the field monitoring on-going projects.

Among the projects he inspected in Asaba is the fly-over at Ekwumekwu round about, the Asaba lood and drainage project, some roads in Asaba as well as the construction of classrooms and staff quarters at the Osadenis High School, Asaba.

The Governor said he is determined to finish strong and that this year is not for people to sit in the office, but for everybody to be in the field working, inspecting or commissioning projects.

He disclosed that the handing over of schools to their owners including Missionaries has thrown up some challenges because most of the students who were in the schools that have been handed over were moved to Government schools where fees are not paid.

Dr Uduaghan observed that Osadenis High School has been upgraded to have sixty-four classrooms while staff quarters were also being constructed to accommodate teachers. 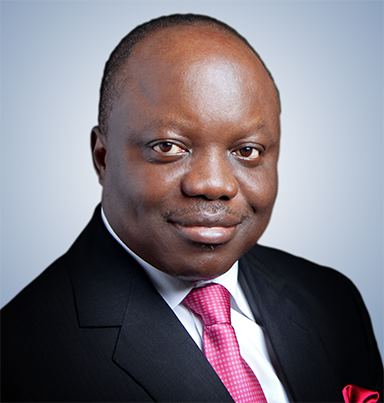 The Governor reiterated that staff quarters would be built in different schools across the State as fund and space allow, because it is important that teachers are accommodated, it gives them a lot of motivation and makes them to monitor the activities of students.

He used the occasion to decry the felling of trees, especially in Government schools, stating that his administration was championing green economy and as such, more trees should be planted in available space to provide shade and protect the environment while existing ones should be preserved.