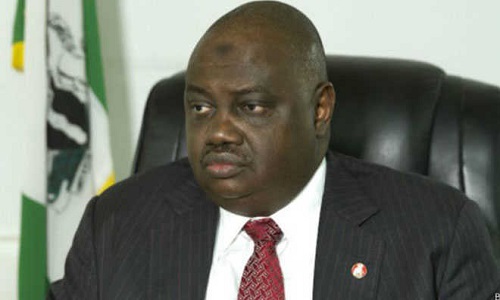 It is no longer news that President Muhammadu Buhari (PMB) has appointed a new Chairman of the Economic and Financial Crimes Commission (EFCC) in the person of Ibrahim Magu, following the exit of the former chairman, Ibrahim Lamorde.

What might probably be news to some is the circumstances surrounding Lamorde’s exit from the anti-graft commission, which he headed for four years.

According to a Presidency source, Mr. Buhari handled the removal of the former EFCC chairman with dignity and courtesy as he was informed of his exit early in the day.

A source, who spoke in confidence with The NATION, said: “The EFCC chairman has been removed following some allegations against him and security report.

“The Senate is looking into alleged mismanagement of N1.3trillion recovered by the anti-graft agency. The Presidency was uncomfortable with some disclosures by the petitioner, George Uboh.

“While the government does not want to tamper with the ongoing probe by the Senate, it believes it is untidy to allow the EFCC chairman to be rubbished. It is better for Lamorde to step aside”.

Another factor, which was said to have accounted for the exit of Lamorde was a security report on his alleged relationship with some former officials of the immediate past administration of Dr. Goodluck Jonathan.

It was gathered that the Presidency was angry that the EFCC did not take action on former Minister of Petroleum Resources Mrs. Diezani Alison-Madueke until the National Crimes Agency in the United Kingdom invited her for questioning.

It would be recalled that the same day Alison-Madueke was invited for questioning by the NCA, the EFCC swooped in on her residence in Abuja, leading to speculations that both agencies were working in tandem, a claim that was later denied by the UK crime agency.

The government’s thinking, it was learnt, was that there were sufficient grounds to prevent Diezani from travelling to the UK in the first place but the EFCC looked sideways.

It was also learnt that the EFCC bid its time in managing the investigation of former Akwa Ibom Governor now Senate minority leader, Godswill Akpabio, when sister agencies raised the alarm.

Akpabio led the PDP Caucus in the Senate to defend Lamorde when the allegation of diversion of N1.3trillion was made against the EFCC boss.

The EFCC has battled in the last few months to protect its battered image and that of Lamorde.

It said there was no diversion of either cash or assets seized from a former Inspector-General of Police, Mr. Tafa Balogun and former Bayelsa Governor, late Diepreye Alamieyeseigha.

It also said the N3, 128, 230, 294.83 realised from the assets of Alamieyeseigha was remitted to the Federal Government through the Federal Ministry of Finance in favour of Bayelsa State.

The EFCC made the clarifications through its Head of Media and Publicity, Mr. Wilson Uwujaren, against the backdrop of allegations by a whistle-blower, George Uboh.

Uboh had in a petition to the Senate Committee on Ethics, Privileges and Public Petition, claimed that Lamorde and EFCC could not account for over N1trillion.

But the anti-graft commission insisted the cash and assets seized from the two convicts were intact.

As part of the security report, a petition by a lawyer, Leo Ekpenyong to President Muhammadu Buhari, was also said to have triggered Lamorde’s exit.

Ekpenyong said in part: “It would be recalled that sequel to my petitions against the former Governor Akpabio’s administration dated 8th, 22nd June and August 3rd respectively, the Senate Minority leader was invited by the EFCC and after his departure from the Commission he bragged to his supporters that Lamorde was under his control and nothing reasonable would come out of his investigation.

“It was against this background that I raised the alarm, urging the Federal Government to sack Lamorde since it was apparent that justice would not be done to our petitions taking into consideration the deliberate and unnecessary delays at investigations and possible prosecution.

“During my interview on a guest show (O and M) televised by AIT, I accused Ibrahim Lamorde of having interests in contracts awarded by Akwa Ibom State government. This fact Senator Akpabio mentioned to me on June 22nd, 2015.

“Ostensibly angered by this allegation, Lamorde summoned me on October 26th via the head of its economic governance unit and for nine (9) hours battled by compulsion to get me recant my allegation and withdraw my petitions against Akpabio. I stood my ground and maintained that the EFCC leadership was ‘hand in gloves’ with Senator Godswill Akpabio.

“On November 2nd, one DSP Chuks Ibe from the FCT Police Command invited me to answer to a petition written against me by Lamorde. During the course of this interrogation, DSP Chuks Ibe dictated how I should write my statement and personally informed me of his interactions with Senator Godswill Akpabio.

“Consequently, on November 5th, 2015 during my routine interview session at the FCT Command, I was led before the Gudu District Upper Area Court on a malicious charge of defamation and giving false information.

”The excruciating persecution between the EFCC and the police reveals the conspiracy theory involving the trio of Godswill Akpabio, IGP Solomon Arase and Ibrahim Lamorde”.

There was also the angle introduced by Lamorde’s running battle with a former acting director of the Nigerian Financial Intelligence Unit (NFIU), Juliet Ibekaku, which also contributed to his exit.

“The crisis of confidence between Lamorde and Ibekaku was dirty. She made many documents available to the Presidency”, said an insider.

MTN Sets To Launch Mobile Banking To Boost Profit After $1.7b...

Kayode Fayemi Will Not Be Governor – Fayose

I Never Give Excuses – Pep Guardiola