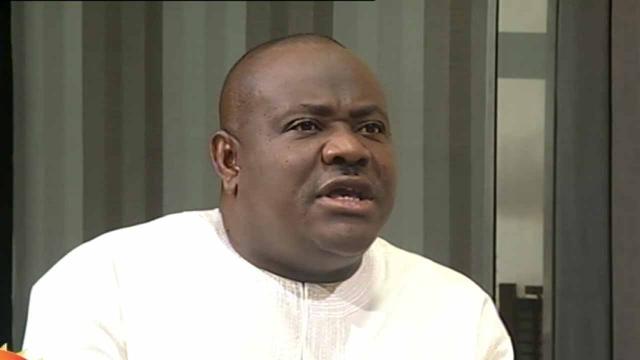 Ex-President of the Nigeria Bar Association, NBA, Chief Onueze Okocha (SAN) has come out to say that the executive order that Nyesom Wike gave to demolish a hotel that violated lockdown rules is highly appropriate.

Okocha recently came out to say that anybody that is not comfortable with the action from the governor should head straight to court and air his or her grievances.

According to him, the steps taken by Nyesom to combat the pandemic have been well thought out and well-advised to curb the coronavirus outbreak thus far.

He added that Wike should be commended for being bold with the efforts to keep the residents of his state safe amid the pandemic.

His words, “I believe strongly that the measures are taken by the Rivers State Government, particularly the Governor, Nyesom Ezenwo Wike are well thought out, well advised and I believe that they will to a large extent help us to avoid or at least minimize to the barest level the spread of this coronavirus that they now say causes the illness they called COVID-19.”

“And the Executive Orders put in place by the State Governor are appropriate. Everybody accepts that they are calculated to secure our safety and to reduce to the barest minimum the spread of this coronavirus. So I don’t believe that anybody has quarreled with any of these orders.”

“What I have heard are people flouting those orders and Nigerians some times do not understand, some of these measures put in place, some of these regulations, these laws and orders are for there own good, and everybody should do each of their very best to comply with them.”

“It’s not everything that is going to be on written law. By the authority of written law, some orders are made, some regulations are put in place and those flow naturally from the provisions of written law”

“This is why the Rivers State Government passed a law recently and we also have the Federal Act, Quarantine Act and many other such regulations that are aimed at dealing with safety and security and then health and well being of the people”

“So, anybody that is arguing that the Executive Orders are unconstitutional should know his options. He should seek legal advice and if necessary go and challenge those orders in a court of law, duly constituted”

“Now people have been making all kinds if comments, the press and I have heard some on the airwaves. They do not seem to know the full facts of the matter”

“Yes, there was a regulation put in place long before now regarding the lockdown we have had in Obio/Akpor and Port Harcourt City Local Government Areas. I hear that this happened in Eleme Local Government Area. Two hotels and they were warned to stop operating. Indeed, a task force was sent to remind them about the Executive Order put in place by the Governor and they got their thugs and some local boys to beat members of the task force, so the Governor left with no other option wielded the big stick.”

“We also heard people saying oooh, he was impounding vehicles and arresting people on the roads for violating the law on Obio/Akpor and Port Harcourt City Local Government Areas. What did they expect the Governor to do? Fold his hands and watch people to openly and brazenly flaunt what we know are regulations put in place in accordance with law and order”

“So, the Governor I think was justified in wielding the big stick on the hoteliers and anybody who feels that he has any reason to dispute should approach the appropriate quarters and let us see how far that approach will get him.”

Restructuring Will Cause Problems Between Northern, Southern Governor — Primate Ayodele

Tonto Dikeh Robbed Alongside Her Husband In Ghana | #Celebrity