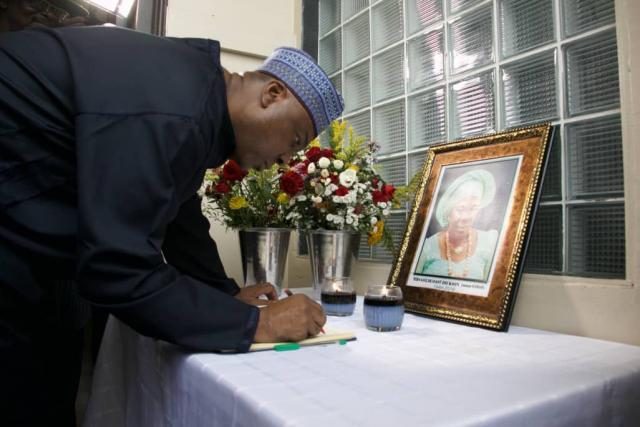 This came after a motion moved by the Majority Leader, Sen. Ahmed Lawan (APC Yobe), at plenary and seconded by Sen. Philip Aduda (PDP-FCT) on behalf of the minority.

In a few statements before his motion, Lawan described 2018 as a successful one for the Senate in terms of bills and motions passed.

“I believe we have done so much work within the year. We have remained focused throughout this period, and we have cooperated among ourselves very well.

“Even though from time to time, partisanship would tend to take its toll, we have displayed commitment and statesmanship.

“I want to thank, particularly our presiding officers, the Senate President and our Deputy Senate President, and of course our colleagues in opposition, those in PDP, APGA, SDP, ADP and PRP.

“You have done wonderfully well by supporting everything for the good governance of Nigeria, and that is how it should be.

“We did that for 16 years while we were in the opposition, and I believe that we will continue with this next year,” he said.

Lawan also appreciated his fellow APC members for suporting President Muhammadu Buhari administration, urging them to not relent in 2019.

He made it clear to the Executive arm of government that the continued cooperation and partnership of the Senate to ensure that “we give Nigerians what they need regardless of our political affiliation.” still stand.

“As a government consisting of three arms, I believe there is no way we can succeed without working together.

“I want to urge the third arm of government to continue to work with us, and of course we are prepared to also work with them.

“This is what Nigerians desire. They don’t care what political party or arm of government you belong.

“What Nigerians care for is service delivery; we give them roads, healthcare and security,” he said.

GEJ Praise Benin Republic PM For Following In His Footsteps

Kelechi Iheanacho Must Be Trusted More At City