Corruption Is The Reason For Our Underdevelopment – Nuhu Ribadu 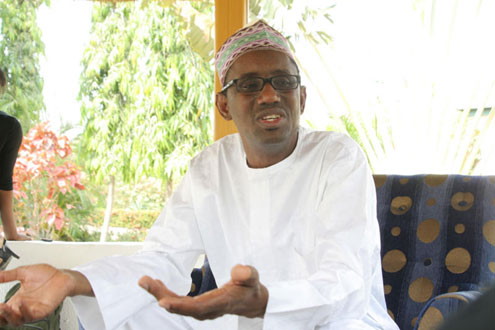 He disclosed this as he delivered a keynote presentation on anti-corruption and good governance at the commencement of a two-day retreat in Gombe recently.

According to him, corruption is the reason for “our underdevelopment, lack of power and the reason Nigerian citizens are still poor.”

His words, “Make personal vows not to steal public funds. You can’t stop corruption in the police when the civil service is still corrupt. Stop corruption and see what will happen in society. Corruption erodes trust in leadership. A leader with soiled hands has no moral right to question his subordinates”

Secretary to the Government of the Federation, Boss Mustapha, also added for Gombe State to boost internal security, it has to work alongside traditional institutions.

His words, “Let me urge the government of Gombe State to work closely with traditional institutions for the purpose of entrenching the policies of the Federal Government in the area of community policing. We must return to it if we have the desire to protect our communities.”

Do you agree with Ribadu?

Mallam Nuhu Ribadu mni (born 21 November 1960) is a Nigerian police officer and politician who was the Chairman of the Petroleum Revenue Task Force and a former Nigerian government anti-corruption official. He was the pioneer Executive Chairman of Nigeria’s Economic and Financial Crimes Commission (EFCC), the government commission tasked with countering corruption and fraud. In April 2009, he became a visiting fellow at the Center for Global Development.

He lived in exile until 2010 when he returned to Nigeria and declared his intention to run for President of Nigeria under the platform of the Action Congress of Nigeria (ACN). On Friday, 14 January 2011, Nuhu Ribadu was adopted as the presidential candidate of the ACN.

Ribadu studied law at Ahmadu Bello University in Zaria, Kaduna State from 1980 until 1983, receiving a Bachelor of Laws degree. Following a year at the Nigerian Law School, he was called to Bar in 1984. He also earned a Master of Laws degree from the same university. He is a TED Fellow and a Senior Fellow in St. Antony’s College, University of Oxford, UK.

On 15 April 2008, Nuhu Ribadu received the World Bank’s 2008 Jit Gill Memorial Award for Outstanding Public Service, for having led a courageous anti-corruption drive in Nigeria, as Head of the Economic and Financial Crimes Commission (EFCC).

I Am Fully Committed To Liverpool – Mane