Crashing Out Of The UCL Is Disappointing For Man City – KDB 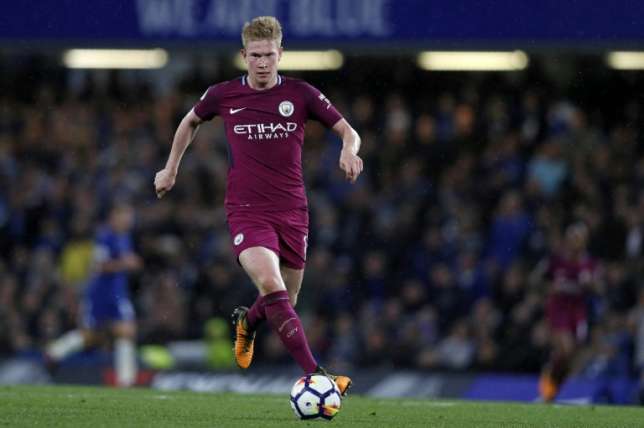 Manchester City footballer, Kevin De Bruyne has come out to that he cannot wait to return home after his club’s UCL defeat vs Lyon.

Kevin De Bruyne recently revealed that he needs to go home to his wife so he can have something to focus.

According to him, the 1st half from Man City was not good enough, and even if the 2nd half was better, it was already too late to change the result.

He added that Lyon didn’t really create anything against City, but they took their chances, and the Blues are very disappointed.

Her words, “I need to go home because my wife is expecting – I need something to focus on,”

“It’s a different year, same stuff. First half wasn’t good enough. Second half we played really well. Came back 1-1 and had couple of chances. It was then 2-1 and 3-1.

“The second half we played well had them under pressure. We were more offensive. Even at 2-1 if Ras (Raheem Sterling) scores the goal it’s 2-2. They made it 3-1 and the game’s over.

“Lyon didn’t really create but we need to learn.”

“We are disappointed. We now go on holidays. Then we have to lift the players when they return to the club again,”

“Sometimes you have to break the [barrier to the semis]. The team over last few years deserve it. Maybe one day we’ll break this gap.”

Henderson Is Doing An Incredible Job At Liverpool – Klopp

Chicharito Is Bundesliga’s November Player Of The Month

Uche Secondus In War Of Words With Governors’ Forum