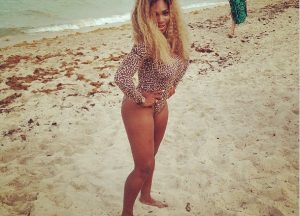 Serena Williams is the most dominant form on the women’s tennis tour and has been for a while and she might also be the most tested athlete in world sport – having been tested five times already by June 2018 alludes to that.

“…and it’s that time of the day to get ‘randomly’ drug tested and only test Serena,” she burst out on Twitter on Tuesday.

“Out of all the players it’s been proven I’m the one getting tested the most. Discrimination? I think so. At least I’ll be keeping the sport clean #StayPositive.

“But I’m ready to do whatever it takes to have a clean sport so bring it on. I’m excited.”

Since Serena turned professional 23 years ago, the 36-year-old has yet to fail a drug test, but she now believes she is being witch-hunted.

“I never knew that I was tested so much more than everyone else,” Serena said at a press conference during the just concluded Wimbledon tournament, in which she got to the final.

“Until I read that article [in Deadspin], I didn’t realise it was such a discrepancy with me as well as against the other players that they listed, at least the American players—both male and female.

“It would be impossible for me to not feel some kind of way about that,” Serena continued and added: “I just found it quite interesting.”

“I’m OK with that, as long as everyone is being treated equally. That’s all I care about. I despise having people in our sport that aren’t being honest.

FG Should Be Held Responsible If Fulani Herdsmen Invade Ekiti –...

Davido Thinks Nigerians Are Being Cheated In International Entertainment Awards

Allegged Ransome for The Release Of Mr. Ebikeme Clarke