Oyo State chapter of All Progressives Congress (APC) has released names and positions of all the newly elected executive members of the party.

InfoStride News recalls that the party had its state congress on Saturday in Ibadan, the state capital.

The congress was held at the Obafemi Awolowo Stadium, Oke Ado, Ibadan.

Our correspondent gathered that the emergence of the executive members was sequel to a motion moved for the endorsement of the names by Hon. Dokun Odebunmi.

The motion was seconded by a former majority leader of the state House of Assembly, Hon. Kehinde Subair.

The party has however released the names and positions of all the executive members.

The names included that of the Chairman, Deputy Chairman, Secretary, treasurer, auditor and other positions.

The full list of all the names was obtained by InfoStride News Sunday evening.

Here is the names and positions of the new executive members. 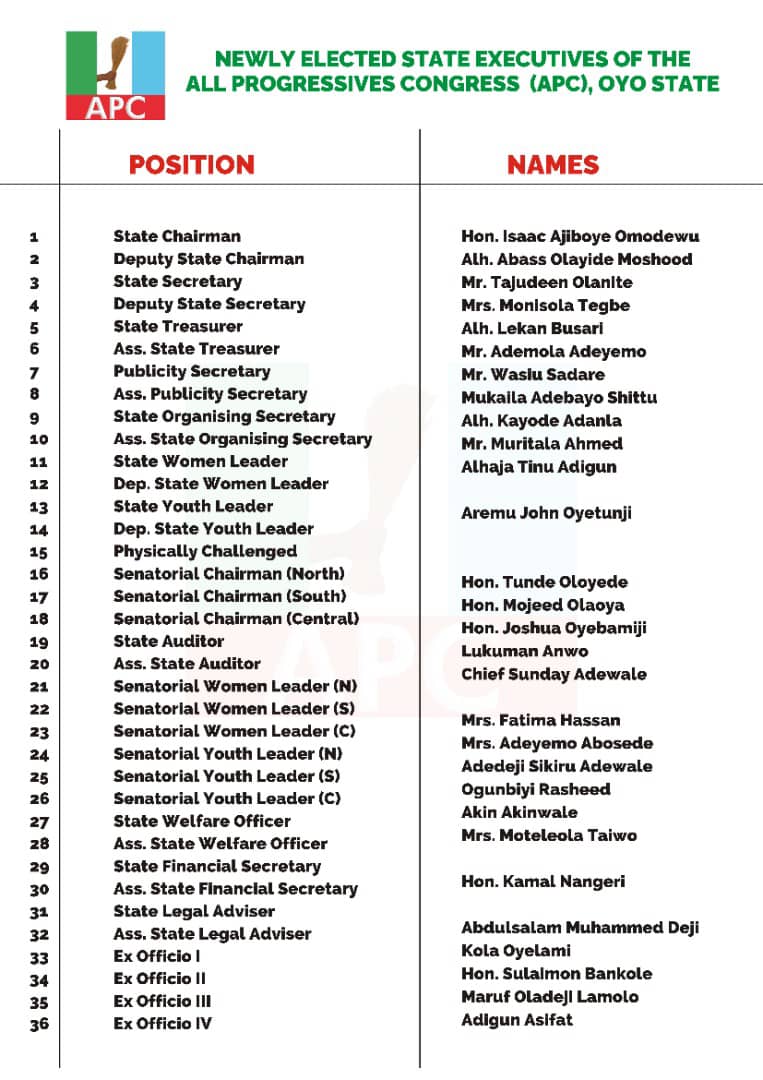 No Allegation Will Kill My Happy Vibe – Laila Charani

Manchester City Is Going To Anfield To Win – Fernandinho