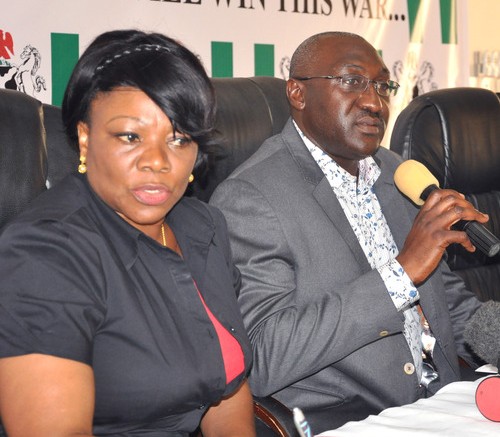 The Nigerian government said on Thursday that troops were working hard to free Baga and other towns captured by the Boko Haram insurgents in Borno State.

Mike Omeri, the Coordinator, National Information Centre, stated this while giving newsmen an update on ongoing troops operation in the North East.

Mr. Omeri, however, said the situation in Baga had improved.

But when asked to make clarification on the improvement, Mr. Omeri said disclosing strategy could endanger troops operations in that area.

“As you are aware, full details of military operations cannot be discussed until an appropriate time”, he said.

The coordinator said troops operations were being reviewed with a view to improving logistics and support for them to defeat the insurgents.

According to him, officers are being trained and re-trained to update their skills and capacity, while surveillance, intelligence sharing and synergy are being enhanced.

Mr. Omeri also said that there were consultations among security chiefs and their retired colleagues, traditional rulers and other critical stakeholders to bring their experiences to bear on the fight against the insurgents.

He assured the people of Borno, Yobe and Adamawa States that government was working steadfastly to restore normalcy but added this would be done in a way to reduce loss of lives and property.

On utterances by some prominent Nigerians, including politicians and religious leaders, Mr. Omeri appealed to them to apply wisdom.

He also urged them be courageous to speak the truth to reduce tension in the country and generate goodwill among the citizenry.

“We believe the unity of purpose so far exhibited by Nigerians in the fight against insurgency must be sustained by all, irrespective of political persuasions, religious beliefs and ideological positions”, he said.

“The path of patriotism and honour is not to wait until we get into government before we can contribute to save the precious lives of our citizens”, he said. (NAN)

Praiz: “My Dream Was to Be a Footballer, Not a Musician”