At the conclusion of the mission, Mr. Mills made the following statement:

“The Seychellois economy continues to perform well, despite still weak global growth. Economic growth has accelerated thanks to increasing tourist arrivals and fish exports. Agreements have been reached to fully complete debt restructuring, and continued strong fiscal policies have kept the government on track to meet its objective of bringing public debt down to 50 percent of gross domestic product (GDP) by 2018. Monetary policy remained appropriate, supporting a fall in inflation and a sharp rise in Seychelles’ foreign exchange reserves.

“The government successfully implemented the IMF-supported program in the first half of 2013. All end-June 2013 quantitative targets under the program were met. The broader structural reform agenda continues to advance, and the authorities are on track to complete all structural measures in the program before its completion in December. In particular, the mission welcomes the start of the planned rebalancing of utility tariffs as a first step in a critical ongoing process of ensuring the continued financial viability and sound operation of the Public Utilities Corporation.

“Seychelles’ four-year economic program supported by the IMF’s EFF Arrangement will come to a successful conclusion with completion of this review, which is expected to be discussed by the IMF Executive Board in December. The program has met its key objectives of restoring sustainability in Seychelles’ public and external finances, supported by debt relief and strong fiscal policies. Monetary policy has succeeded in steering inflation down toward low single digits. Structural reforms have helped raise economic performance and address important macroeconomic risks in a number of areas, notably parastatals, public financial management, and the financial sector. These achievements, coupled with higher international reserves, have greatly boosted the economy’s resilience.

“The mission discussed with the authorities their economic program for 2014 and beyond. In staff’s view, the planned policies would continue to strengthen stability and resilience, however, challenges remain. Seychelles’ open economy remains highly vulnerable to external shocks. Additionally, while the finances of public enterprises have improved in recent years, they continue to pose risks to public finances. The planned utility price adjustments that are needed to ensure the solvency of the public utility corporation and its continued expansion of capacity will have to proceed over several years, taking care to mitigate the impact on the most vulnerable segments of Seychellois society. More generally, parastatals ought to focus on their core missions while strictly limiting taking on additional commercial risks.

“In addition, it is important that future increases in average wages remain compatible with preserving the recent gains in macroeconomic stability and ensuring international competitiveness. In the current uncertain global environment, the authorities need to persist in building buffers against shocks through prudent macroeconomic policies and the safeguarding of international reserves. The Seychellois authorities and the IMF will continue their intensive cooperation on economic policy.

“The mission appreciates the high quality of the technical discussions and wishes to thank the authorities for their warm hospitality, and the open and constructive dialogue.”

1 The Extended Fund Facility under the Extended Arrangement is an instrument of the IMF designed for countries facing serious medium-term balance of payments problems because of structural weaknesses that require time to address. Assistance under the extended facility features longer program engagement—to help countries implement medium-term structural reforms—and a longer repayment period. (See http://www.imf.org/external/np/exr/facts/eff.htm). Details on Seychelles’ current arrangement are available at www.imf.org/seychelles. 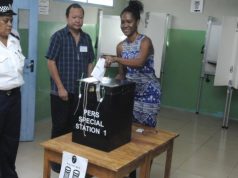 Seychelles heads for an Election Runoff 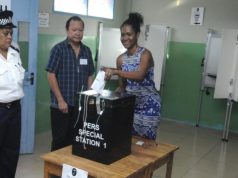 Many Investments In Nigeria Done With “Dirty Money”, Says Ribadu |...

Chelsea Was Calm During The Fight – Antonio Conte