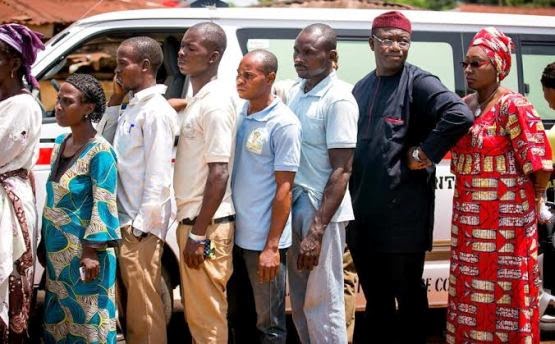 Despite the acceptance of the result of the June 21 governorship election by its candidate and incumbent governor, Dr. Kayode Fayemi, the Ekiti state chapter of the All Progressives Congress (APC) has filed a petition challenging the results, which produced Mr. Ayodele Fayose of the Peoples Democratic Party, PDP, as winner.

The interim Chairman of the party in the state, Chief Jide Awe, who disclosed to journalists at the weekend that he filed the petition before the Elections Petition Tribunal in Ado-Ekiti, the state capital, on Saturday, said he submitted the petition on behalf of the party “since the law allows the tribunal to also operate during weekends”.

The APC chieftain explained that the petition requested the Tribunal to “unravel the hidden fact surrounding the election”, adding “the poll was more of a mechanical exercise than conventional casting of votes”.

Awe maintained the party decided to toe a constitutional and peaceful path of seeking redress in the open court as it did not want to take laws into its hands or engage in self-help.

His words: “The results of the election were embarrassing to us as a party and we hold the view that there is no smoke without fire”.

According to him, the petition did not render useless the earlier position of Gov. Fayemi, who had conceded victory, saying he did it for peace sakes.

He said: “The governor does not own the party, it is the party that owns the governor, and so the party can decide for him. You will observe that there is no name of Dr Kayode Fayemi on the ballot papers, what was contained on it was name of the party and its logo, so the issue is beyond the governor.

READ  COVID-19 Palliatives: I Pardon Those Who Accused Me — Minister Sadiya

“Let it be known to you that our candidate, Dr Fayemi, only conceded victory to guarantee continued peace that was prevalent in the state at the time as well as allow the siege laid on the state by the military to seize.

“You can see that as soon as he announced that he had accepted defeat, the soldiers immediately vacated the state”, Awe noted.

On the grounds of the grouse as contained in the petition, the APC chair stated that it was based mainly on the alleged manipulation and undue militarisation of the state during the election period coupled with the subsisting impeachment case and other EFCC cases hanging on the neck of the governor-elect.

Awe stressed that Fayose was not qualified at all to participate as a candidate in the election given the pending cases against him.

Photo: Davido Shows Up For UK Press Briefing On A 2...

Ogun APC Will Not Know Peace Till Amosun Leaves – Party...