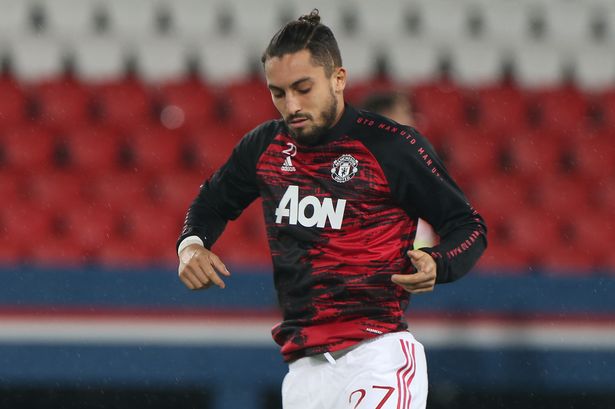 Manchester United deploying Alex Telles as a wing-back is best for him, Owen Hargreaves has said.

Owen recently revealed that he believes that is the case because the Brazilian is not that great defensively.

According to Hargreaves, Mufc may have finally found a system that will plays to the club’s strengths and that will surely improve the results on the pitch.

He added that Telles is a brilliant attacking player who can get lots of assists for Mufc because he is a modern full-back.

His words, “He is a good player, a great attacking player.

“He gets assists, works up and down, he’s probably more suited to playing as a wing-back because defensively he’s not great.

“In terms of assists, his numbers are off the charts. He’s great on set pieces, he’s a good addition to United, a modern full-back. When Luke Shaw was at his best last season it was when he played left on a back three, which might suit all parties.”

On Tuanzebe, “I love him. Good luck getting this guy out of the team.

“To be fair he is a good athlete, he makes good decisions, physically he has a presence, he wasn’t fazed by [Kylian] Mbappe or Neymar, I think he grew into the occasion.”

I’m Thankful For The Support Of My New Album – Chris...