Ethiopia’s elections are scheduled for Monday June 21, but the onset of fresh attacks on civilians in the Central part of the country now threatens to disrupt the polls. 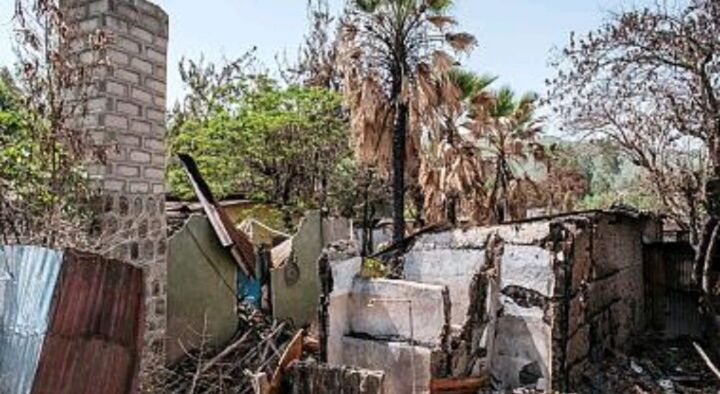 At least for now, in at least 26 constituencies across the country.

Destroyed buildings and looted shops in the central Ethiopian town of Ataye are a grim reminder of the latest bout of ethnic violence which took place mid-April.

“There has been a looseness after Abiy came to office, in the name of widening the democracy”, said Mayor of Ataye, Agagenew Mekete.

Most residents have since fled, with crowds gathering only when officials hand out sacks of wheat as food aid.

“It’s them (Oromo ethnicity attackers) that made my husband like this, they also tormented me. I don’t want to see or hear them”, said Genet Webe, a woman who lost her husband to ethnic violence.

The violence in Ataye ignited days of protests in cities across the Amhara region, where the bloodshed could shape the election.

Dessalegn Chanie is a senior member of the National Movement for Amhara, an opposition party.

“For people whose basic existence is questioned and being violated, I think the security of Amharas all over Ethiopia will determine how people vote in this region”, he said.

See also  Radio Project Reaching Out To Prostitutes In Ethiopia

The Amhara Association of America, a Washington-based lobbying firm, says over 2,000 Amharas have been killed in dozens of massacres going back to last July.

Regional spokesman, Gizachew Muluneh, accused rival parties of “trying to politicize the killings and get something from the deaths of others”. He added “It is not morally good.”

Genet, whose husband was shot dead in their kitchen, participated in the protests herself.

Crisis In Ethiopia: Implications For Nigeria

I Had To Recall Ghana’s Biggest Names – Kwesi Appiah

Ways to upgrade your email experience on a PC or smartphone

WHO Increases Campaign Against Cholera In Borno State