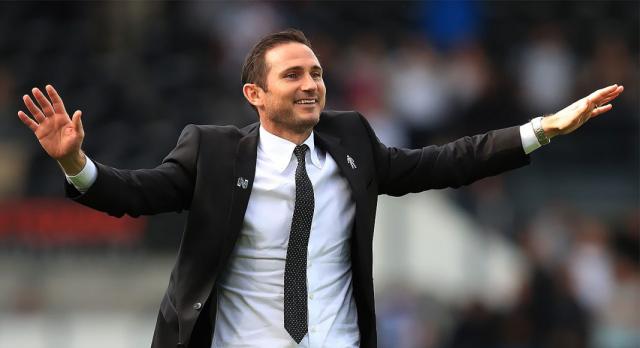 Chelsea manager, Frank Lampard has come out to say that the Spygate scandal which shook English football is all in the past now.

Recall that in his previous job at Derby County, one of Bielsa’s Leeds scouts was caught watching one of Lampard’s training sessions ahead of their match in the Championship.

According to Lampard, he respects Bielsa and he respect Leeds United, so the issue is long forgotten and he is presently focusing on the match tomorrow.

Frank added that he will not dwell on negativities because Leeds is in a very good form right now and can punish Chelsea.

“I respect him, I respect Leeds. I’m only concerned about us being right tomorrow and trying to win the match.

“I’m certainly not going to dwell on it going into this game. I’d rather dwell on the respect I have for him as a coach. It was a great news story – it had a lot to it and it’s gone. I just look at him and how well he’s done at Leeds. He brought Leeds up the year after.

“They were one of the strongest teams, probably the strongest team in the Championship the year that we played against them at Derby. It was a very proud moment for myself to actually go against him and win that game. But it’s a game long gone now. I’d rather think of a team in great form and I just see the football side of it now.”

“I know how fans feel about it. That’s good. That’s football and why we are in the Premier League – two huge clubs having a feeling and having a history.

“It’s hard me to talk to Timo Werner and Kai Havertz and certain players – they don’t know the history. So they look at Leeds at face value and see a very good team, a very well managed team that plays with incredible energy and speed in their game.

“So I don’t know if the rivalry will come into the game or not, but I know it will be a competitive match because. That’s how Leeds approach games these days.”

I’m In No Rift With Costa – Mourinho

UpsideLMS Helps SMBs to Select the Right LMS with Its Latest...