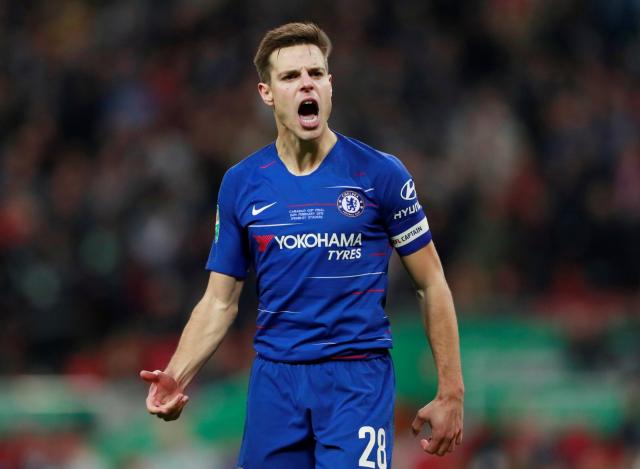 Chelsea defender, Cesar Azpilicueta has said that the club have not been solid enough and this must change ahead of matches vs Manchester United, Tottenham and Bayern Munich.

Cesar believes Stamford Bridge has not been a fortress this season and that affected the team negatively.

According to him, the players have disappointed the fans at home and their stadium is no longer a tough ground for opponents.

He added that their form at the bridge will be key to any success for the Blues this season.

His words, “We haven’t made Stamford Bridge as solid as we would like this year.

“This is the best time to recover this solidity, with three big games in a row at home where we can show we are ready and able to make Stamford Bridge a tough place to come.

“With the fans we have had some disappointments at home altogether. When these three opportunities come we have to take them one by one, and hopefully we can build up on this. It’s key for the success of the season.”

“I have improved at my movement attacking set-plays,”

“For most of my career I was not going up for attacking set-plays, but a few years ago I started, and then you improve. At training I work on my movements, getting in to the right spaces.

“I have a determination as well. To be hungry is very important, because I’m not the tallest. I’m pleased to score goals, even if it’s not my main job.”

See also  Dybala Must Prove His Worth At Juventus - Del Piero

Niger Governor Directs He Should Be Addressed Simply As Mr Governor