Home Sports Ronaldo And Messi Are Legends, I Shouldn’t Be Compared With Them –...
Facebook
Twitter
WhatsApp
Email
Telegram 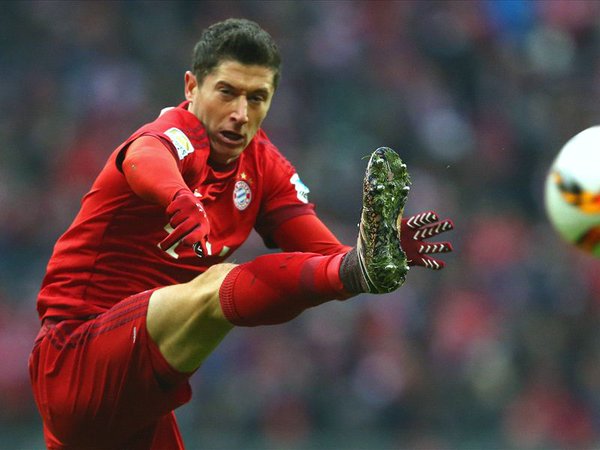 Bayern Munich striker, Robert Lewandowski has come out to suggest that his performance levels in recent years stand up to scrutiny with regard to the efforts of Lionel Messi and Cristiano Ronaldo.

He recently came out to brush off talk of comparisons between himself and the two greats of the game, despite adding that his numbers stack up.

According to him, Messi and Ronaldo have been sitting at the top for a long time, so he cannot be compared with legends like that.

He added that since he cannot be at the same table as Messi and Ronaldo, he can surely invite them to eat at his own table.

His words, “Messi and Ronaldo have been sitting at the same table, at the top, for a very long time, and that’s what makes them incomparable,”

“So to answer your question, I can’t imagine myself next to them in this point of view.

“That said, if you take the numbers for this year and even previous ones, I think I’m pretty good in terms of performance and goals scored.

“Failing to be at the same table as Messi and Ronaldo, I think I can invite them to eat at mine!”

“I have a desire to progress and that’s even more important because I know that my time is limited,”

“Obviously, progress is not instantaneous.

“When you repeat something every day, you can only measure its effect three or six months later, not the next day. The problem is, a lot of people want what you do in invisible work to be seen immediately.

“Patience is an important virtue, in football as in life.”

ScienceLogic's Hybrid IT Monitoring Platform Supports 70% of the Market-Leading Technologies...