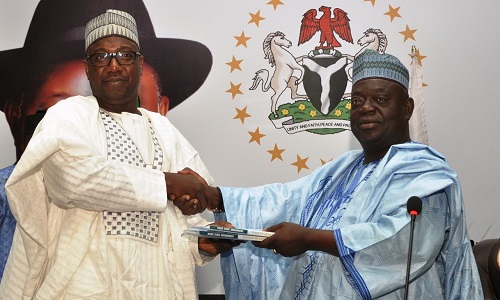 The Niger State Government says it will use the services of the anti-graft agencies to recover public funds misappropriated in the state.

Dr. Ibrahim Dooba, Chief Press Secretary to Governor Abubakar Bello, stated this on Saturday in Minna while reacting to the poor financial status of the state.

He said setting up a commission of inquiry would amount to time-wasting and unnecessary waste of public resources which, in the long run, might not achieve the desired result.

Dooba spoke in reaction to the position of the state House of Assembly which asked the Executive Arm of government to institute a commission of inquiry to probe the last administration of Dr. Babangida Aliyu.

The CPS added, “Instead of setting up a commission of inquiry, the state government would make good use of the Independent Corrupt Practices and other Related Offences Commission and the Economic and Financial Crimes Commission to recover any stolen public money from former political officeholders.

“The Commission of Inquiry will delay the recovery of the loot from the past government, hence ICPC and EFCC will bail us out fast.

“Even though the state is clamouring for the commission of inquiry, it will not help matters, it means spending the little money we have again on the one we are looking for”.

See also  2023: I Will Tell You Who To Vote For – Wike Tells Rivers People

The governor was quoted recently as saying that after payment of salaries, the administration was left with between N100m and N200m”, an amount not enough to provide dividends of democracy to the people”.

Dooba, however, assured the people that in spite of paucity of funds, the government would continue to strive to implement policies and programmes that would uplift the lives of the ordinary people of the state.