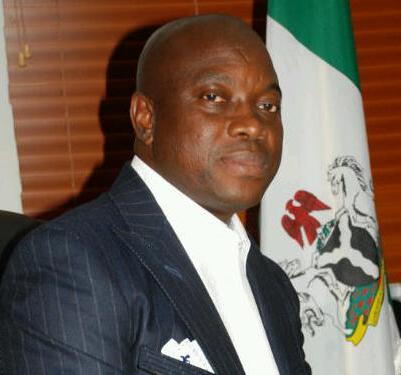 Special Adviser to the President on Niger Delta Matters, Kingsley Kuku, has dismissed reports that he contributed towards the campaign fund of the All Progressives Congress (APC) during the March 28 presidential elections.

The presidential aide described insinuations in the social media and other platforms that he funded APC’s presidential campaign as the handiwork of mischievous persons, who aim he said was to fan the embers of hate and curry political favours from the in-coming federal government.

Speaking with reporters at the Murtala Muhammed Airport, Ikeja yesterday, Kuku challenged those spreading the falsehood to show proof he contributed money to the APC.

See also  I Have A Good Case At Tribunal - Orji Kalu

According to him: “This claim is clearly mischievous and deliberately sculpted to sully my reputation by ignorant political jobbers.

“Ordinarily, I would have ignored this laughable claim, given the fact that all discerning Nigerians are well aware that I loyally gave the PDP my best and even my all during the presidential, gubernatorial and assembly elections.

“However conscious of the fact that once falsehood goes unchallenged it tends to wear the garb of truth at some point, I have elected to place on record the fact that I did not contribute a dime to the APC”.

Kuku added: “Indeed I could not have given money to the APC given my very deep involvement with my party, the PDP and our dear leader, President Goodluck Ebele Jonathan, during all elections.

“I truly do not worry much about this falsehood being circulated about me because those who know me well can attest to the fact that I am a loyalist to the core. I have never ever betrayed my leaders”.

Danny Welbeck Back From Injury